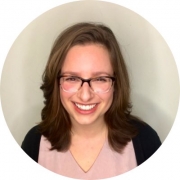 Sarah Singer is an Assistant Professor of Technical Communication and core faculty member in the Texts and Technology Ph.D. program at the University of Central Florida. Her research uses rhetoric as an analytical tool for understanding public and professional scientific, technological, and medical discourses. Sarah’s current project, The Empowerment Paradox: Rhetorics of Lyme Disease and the Future of Chronic Illness, examines how patients are forced to navigate the digital deluge of online health information and reveals that they are both forced to be empowered and harmed by their empowerment practices. Sarah’s work appears in journals such as Peitho, College English, Technical Communication Quarterly, and Journal of Medical Humanities.

Chronic and Contested Illnesses at the Intersections

As feminist rhetoricians imagine the next generation of intersectionality research, chronic and contested illness should be at the forefront. Ranging from well-understood, sometimes manageable conditions such as Type 1 Diabetes, to misunderstood, often unmanageable conditions like Myalgic Encephalopathy/Chronic Fatigue Syndrome (ME/CFS), chronic illnesses impact 33 million Americans each year, or about 45% of the U.S. population. As Susan Wendell puts it, chronic illnesses fall on a spectrum between “healthy disability” and “unhealthy disability,” and an individual’s condition is likely to shift over time. Many chronic illnesses are contested because they involve ambiguous, so-called “subjective symptoms,” such as pain, fatigue, and mental fogginess, posing a challenge for healthcare providers who aim to identify a specific diagnosis and appropriate treatment plan.

Recent popular and scholarly articles argue that chronic and contested illnesses are a feminist issue: they are inherently raced and classed, disproportionately affect women, and shift our understanding of what counts as disability.1 Research suggests that individuals who identify as LGBTQ+, especially LGBTQ+ people of color, may face extraordinary barriers in their efforts to seek care (Miller). Bioethicists and clinicians have noted that an intersectional approach can help healthcare providers understand how “multiple dimensions of social inequities affect patient-clinician relationships within institutional contexts” (Grzanka and Brian 22), especially as they seek to understand the complex relationship between race and health outcomes (Byeon, Sellers, and Bonham 20).

As I hope this microtalk has demonstrated, chronic and contested illnesses are areas in which sexism and racism—Kimberlé Crenshaw’s original intersections—compound and can lead to significant consequences. As rhetoricians take up issues of illness in their research and teaching, crossing into fields such as disability studies and the medical/health humanities, it is integral that scholars situate illness as a key dimension of intersectional identity. Together, we can generate innovative methods for applying intersectionality theory to practice in feminist rhetorical historiography and beyond.

1For instance, see bitchmedia’s “In Sickness” series as well as articles from interdisciplinary journals, such as Social Science and Medicine and the Journal of Literary and Cultural Disability Studies.

It was a privilege to participate in the 2019 Coalition event, and I learned a great deal from Heather, Lana, and Jenny’s microtalks as well as from engaging with the attendees. While my talk focused broadly on chronic and contested illnesses and how they are an emergent location of intersectional identity, listening to the other microtalks challenged me to think about the connections between aging and illness, representations of chronic illness in digital spaces, and the white, cis-, western female-ness of contested illnesses.

For me, a few common threads appeared in the puzzle pieces. Since the event, I have been mulling over two points in particular:

But what does it look like to “take action” as we encounter the misuse of intersectionality rhetorics? Drawing on terms occurring across the puzzle pieces, I echo Heather, Lana, and Jenny’s work as we chart new paths forward:

Individuals in positions of power and privilege should use public platforms to articulate the complexities of intersectionality as a theory, method, and practice. Write and speak publicly about how intersectionality works and its origins. Medium and The Atlantic, to take just two examples, are public-facing venues that are publishing about intersectionality and may be open to additional public scholarship about the topic.

As intersectionality permeates new discourse communities, we must remain mindful when we call others out about their use of the term. At times, it can be tempting to perform allyship, arguing over jargon instead doing the deep intellectual work of disturbing white, male, cis-, hetero, upper-class, and abled privilege.

Following campaigns such as #CiteBlackWomen, we must make careful choices about who we cite—even in casual conversation—when we discuss intersectionality. When opportunities to engage intersectionality come up, we must make ethical decisions about “adding” intersectionality as a theory, method, and/or practice, considering if it would create additional labor for multiply marginalized scholars, teachers, and students.